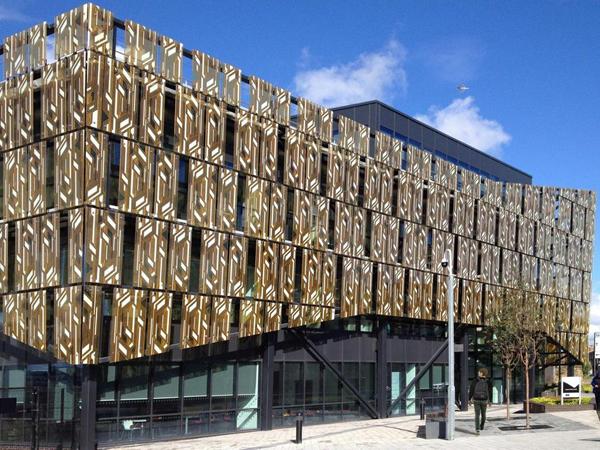 Sensor City, a collaborative venture of the University of Liverpool, John Moores University and the Liverpool City Region Local Enterprise Partnership, brings together academia and business to create the first University Enterprise Zone in Liverpool. The building’s purpose is sensor technology — studying, building and expanding sensor systems and applications.

Inspired by the building’s intended use, designer Julian Stock, with the help of the architectural firm of IBI Group Inc. could evoke the intrigue of sensor technology on the building’s façade, using a double skin architectural glass curtain wall made of laminated glass containing Saflex® Structural PVB interlayer.

Saflex Structural was selected for this project for numerous reasons. As a testament of its structural integrity, glass panels laminated with Saflex Structural offer very high wind load resistance of 3.7 kPa. It was the preferred product choice that could deliver structural performance in combination with colored interlayers to bring to life the designer’s colorful artistic vision. Saflex Structural was paired with Vanceva® Colors PVB interlayers for installation in the exterior applications with open edges exposed continuously to the changing environmental conditions of Liverpool, England.

Novum Structures UK, the engineering façade maker for Sensor City, was instrumental in the decision to use Saflex Structural with Vanceva because they had used both previously on a major project in London with great results. Together with Ariño Duglass, the glass laminator, Novum Structures wrapped Sensor City’s exterior in an abstract pattern resembling computer chips. The abstract design was created with silk screen printing in ivory and black enamel incorporated into a double laminated insulating glass unit.

The sensor technology theme is further carried out using the color epitomizing electronic conductors — gold. Vanceva® Colors PVB interlayers in Golden Light and Coral Rose were used to simulate this gold color. The golden façade of Sensor City renders color differently depending on the viewer’s location and amount of light. The view inside and outside the building can look different, just as a view from near the building or down the street will make the building look alive — as if it is dynamically altering its appearance based on each individual’s sense — therefore a wonderful structure for Sensor City!

With the completion of Sensor City, there is now a building that reflects the field of sensor technology — literally — both inside and out! 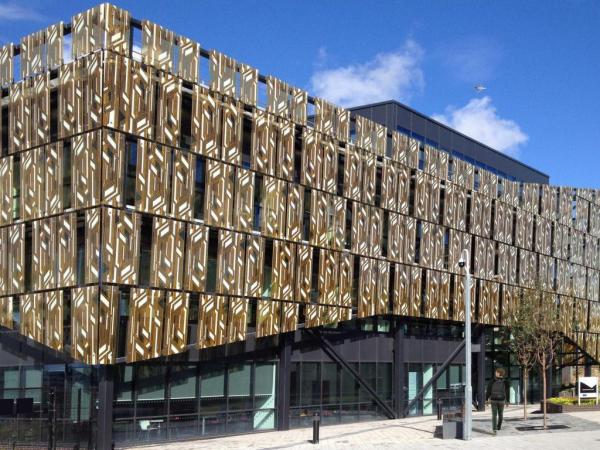 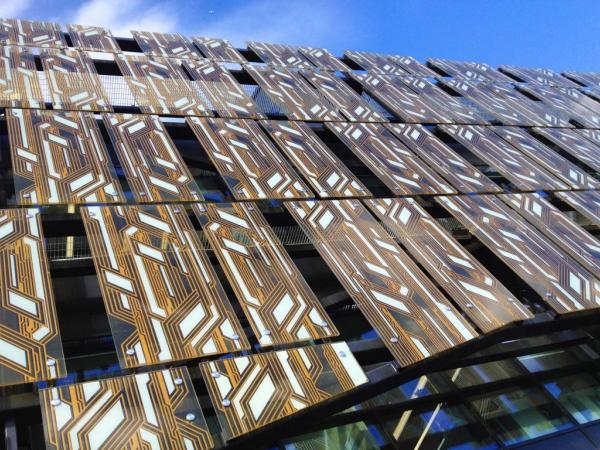 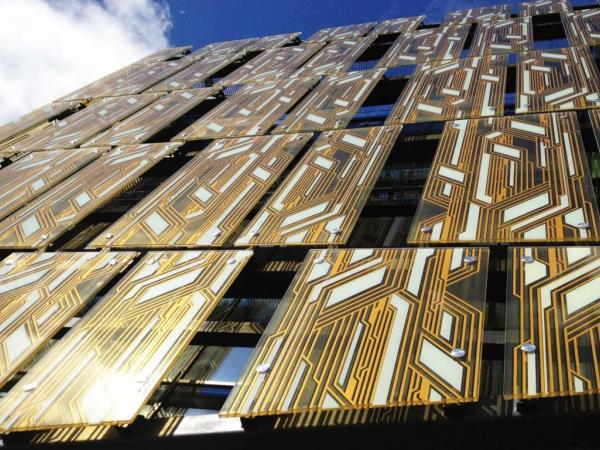 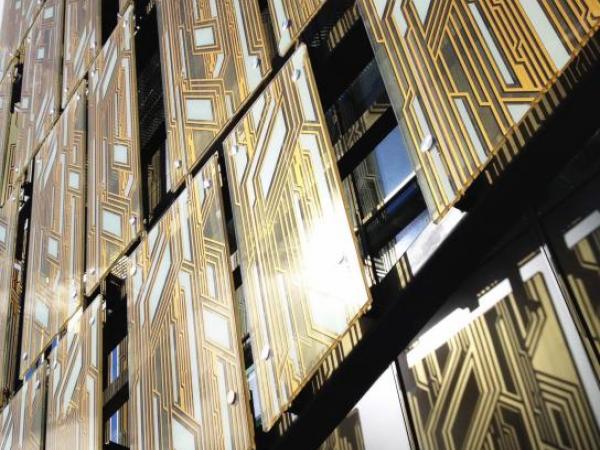 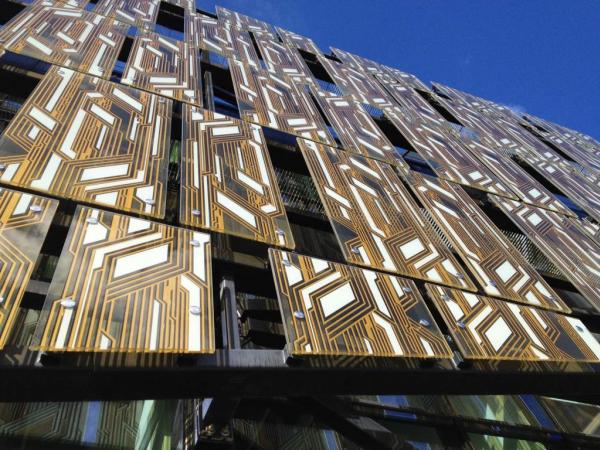 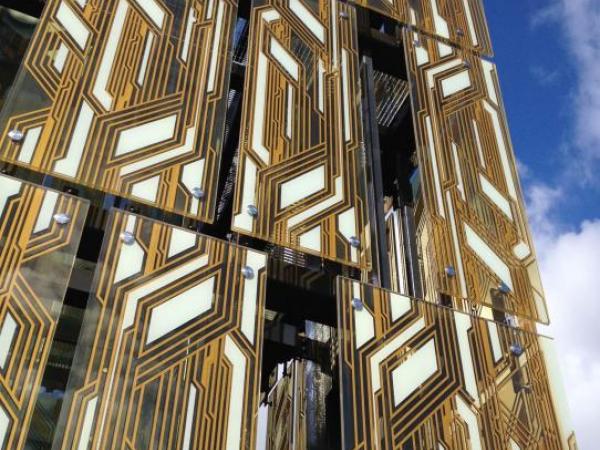 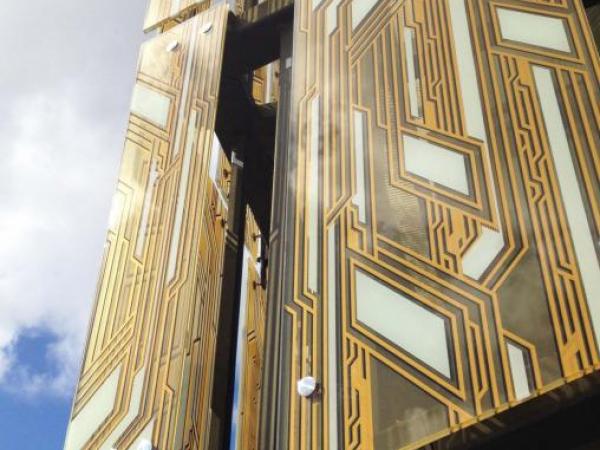 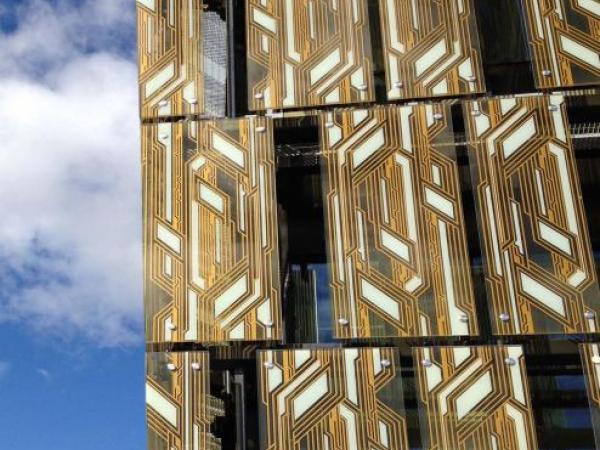 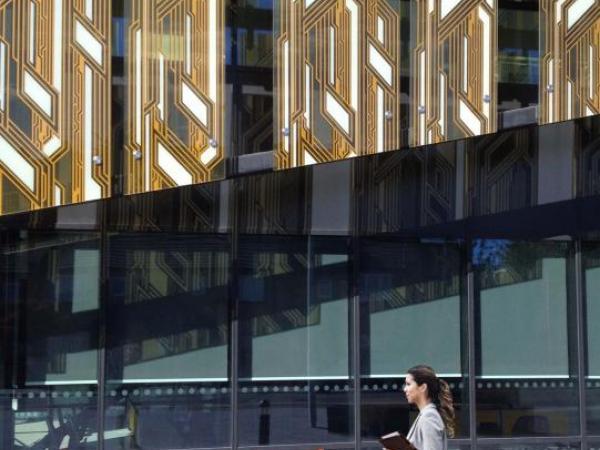 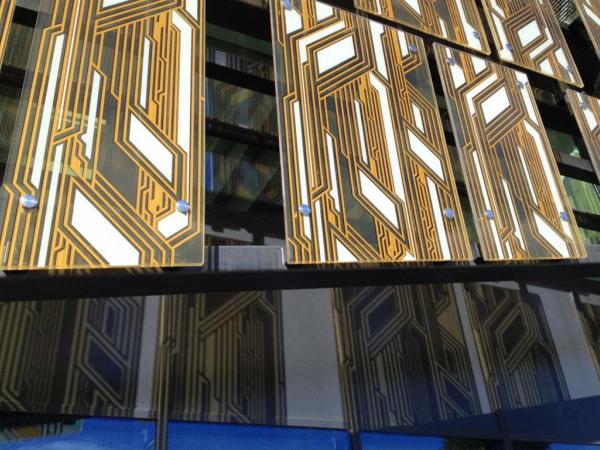 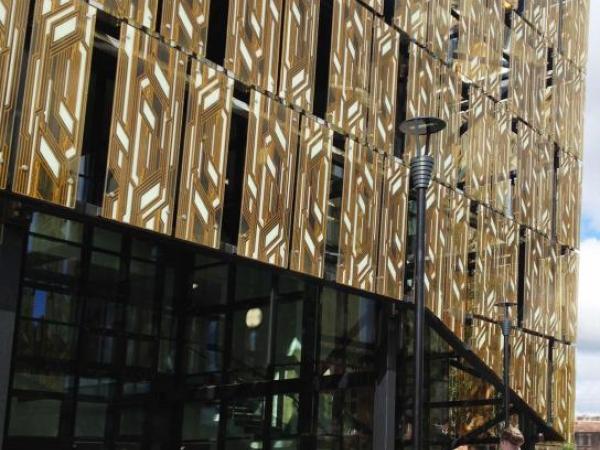 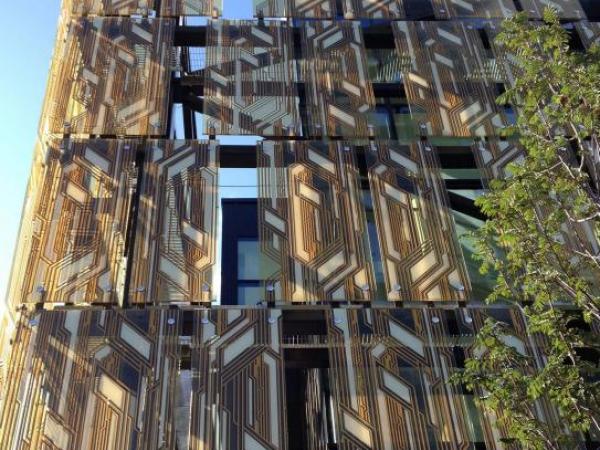 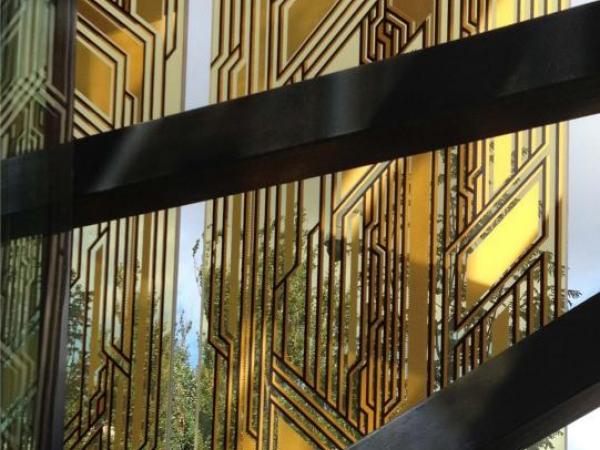 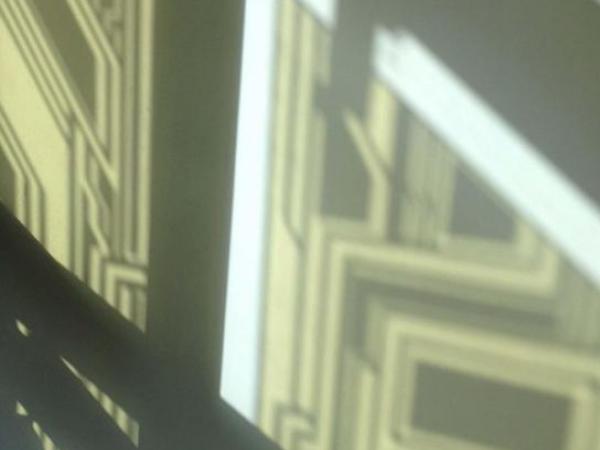 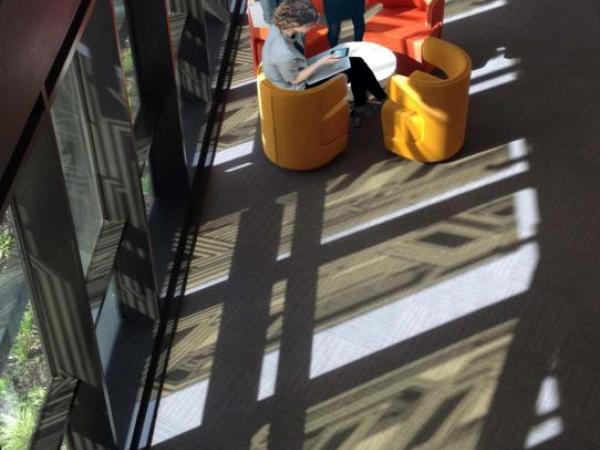 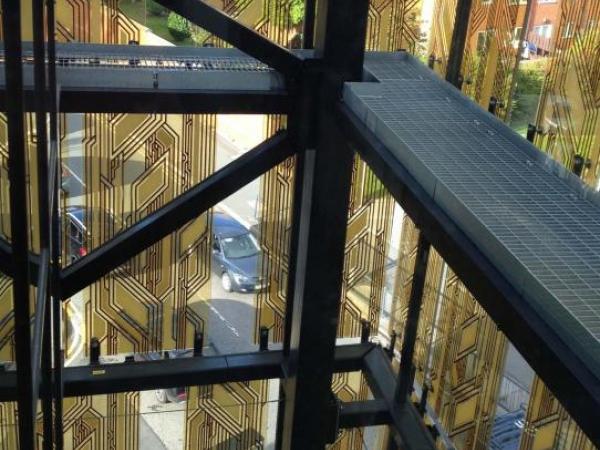 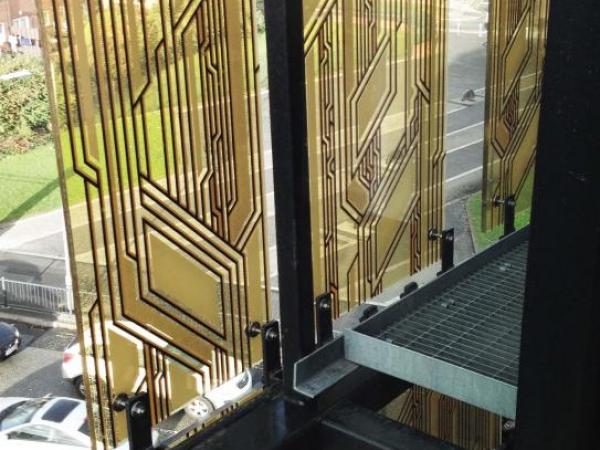 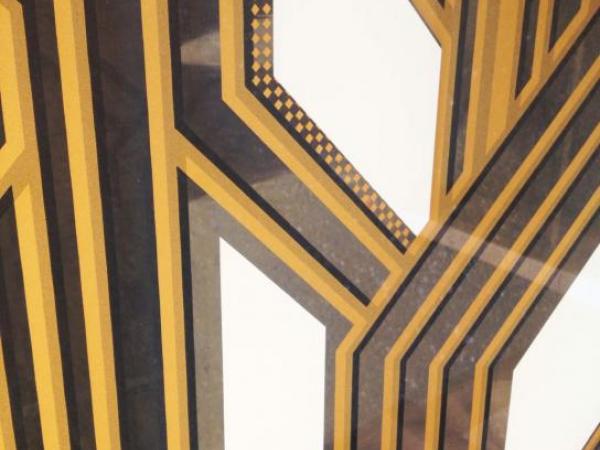 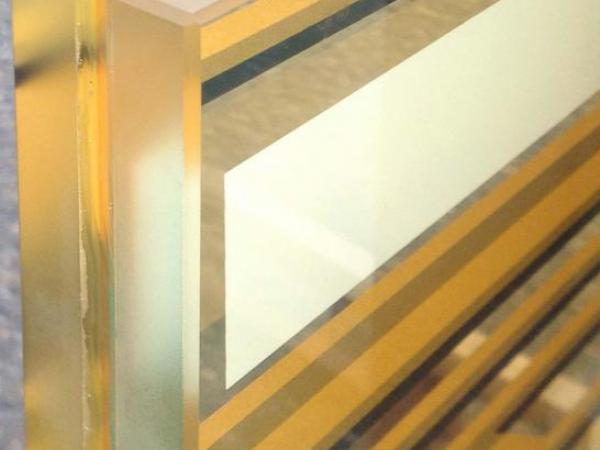