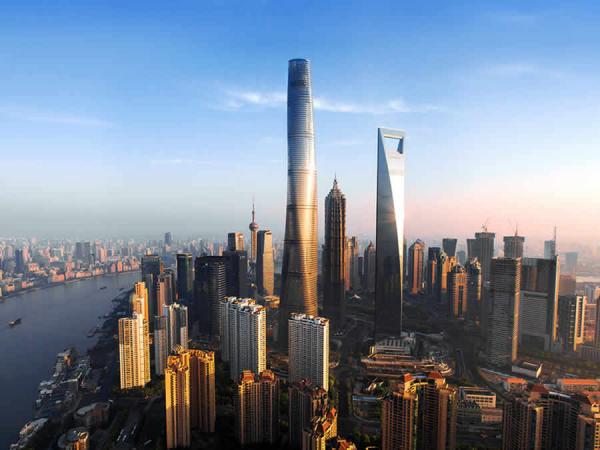 The final decision was the climax of a year-long selection process that saw 132 entries from 27 countries around the globe. 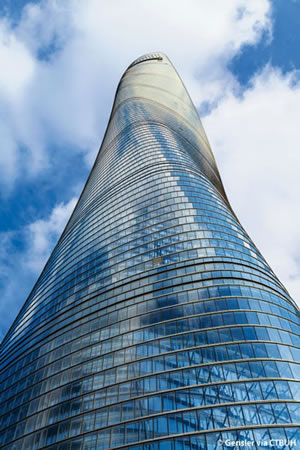 The winning project impressed the Jury for a variety of reasons; as the tallest building in China, Shanghai Tower has quickly reached iconic status by rooting an innovative design scheme in traditional Shanghainese architectural traditions.

The twisting profile of the development works in conjunction with its innovative exterior to provide a sustainably minded design, leading to a 24 percent reduction in wind loading. Sustainable and people-oriented, Shanghai Tower represents the pinnacle of progressive skyscraper design.

It contains the world’s first truly ‘inhabitable’ double-skin façade on a skyscraper, which is not only remarkable for its intended greenery, but its incorporation into the tower’s overall ventilation strategy.

The sacrifice of valuable floor area to realize this social amenity proves that the aspirations for Shanghai Tower went far beyond mere commercial gain.”

Jianping Gu, General Manager, Shanghai Tower Construction & Development, accepted the prestigious award along with colleagues from his company and the project architect, Gensler.

Gu expressed that he was honored to receive the award and stressed that the success of the tower was only possible through the collaboration of countless stakeholders who relentlessly pursued a high standard of completion for the tower.

Senior representatives of the four regional winners presented their projects earlier in the day at the Awards Symposium, and the winner was selected by the Awards Jury immediately thereafter, which was announced during the Dinner and Ceremony following the Symposium.

Along with the Jury’s selection, the audience had a chance to weigh in on their pick for Best Tall Building selecting VIA 57 West, New York City, US.

For more on this story, go to the CTBUH Annual Awards website. 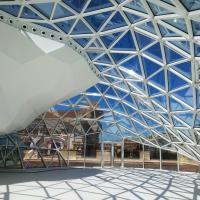