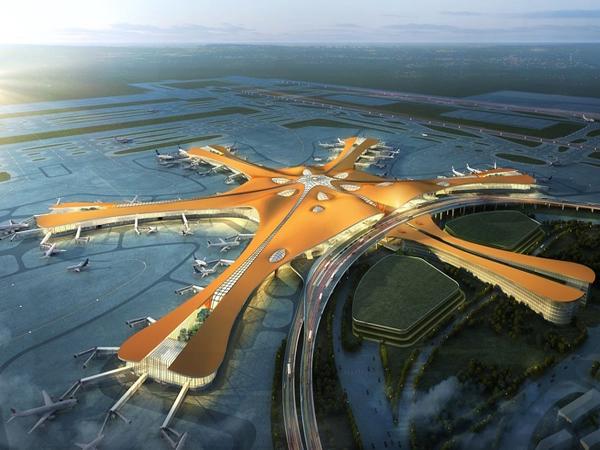 Among the skylight glass panes, 8632 glazed tempered and insulated glass panes were provided by Tianjin NorthGlass, one subsidiary of NorthGlass Group.

Approximately RMB 8 million yuan was invested in this new airport, covering 4 runways, a 150-stand passenger plane apron, a 24-stand cargo aircraft apron, a 14-stand maintenance apron as well as an airport terminal of 700,000 m2. The main building and airside concourse can meet the needs of 72 million and 45 million crowds respectively.

In the terminal building, under the sunlight, those geometrical lines presented by this unique steel roof structure are soft but magnificent, like rolling hills or waves, which is well known as “Zaha Curve”.

Overlooking the main terminal building surface, a starfish-like pattern is shown upward. It is an energy-saving glass curtain wall system, consisting of a central skylight, six stripe-shaped clerestories and eight bubble windows. Among these skylight glass panes, 8632 glazed tempered and insulated glass panes were provided by Tianjin NorthGlass, one subsidiary of NorthGlass Group.

These 2342 insulated glass panes are inlaid ultra-wide aluminum mesh. These shaped meshes, arranged uniformly to the north, can not only block the strong sunlight, but also let natural daylight in. The whole fabrication of insulated glass with Aluminum mesh is a rather difficult task in the project. 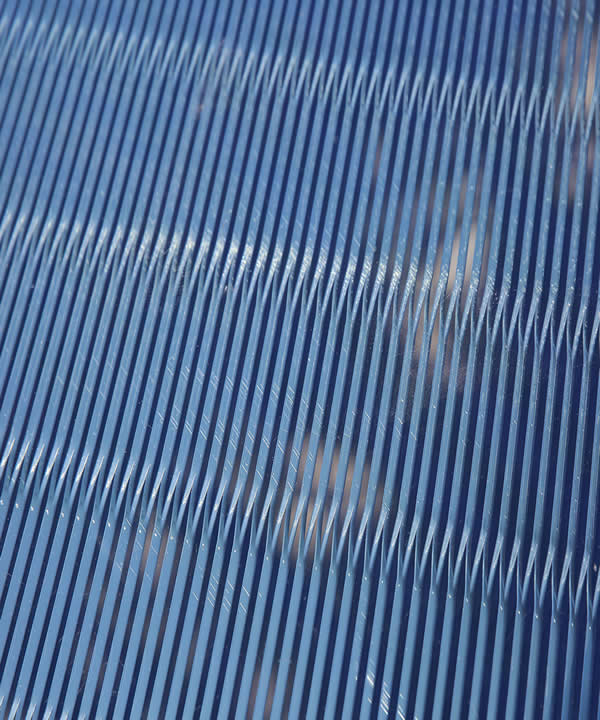 Up to 21th, Dec., the assembly of 8000 glass panes on the top of the terminal has been finished. Tianjin NorthGlass almost got all glass delivered within 2 months, greatly shortening the construction period.

In the coming year of 2018, the fitting out works covering a whole area of 600,000 m2 will be further carried forward step by step. This particoloured starfish-like airport terminal will be a symbolic new look in Beijing-Tian-Hebei region.

Note: the content of this article is originated from the reports of Tianjin NorthGlass and Jing Cheng.

Mappi and Tecnoglass: a story made of a shared passion for excellence
At the center of the Tecnoglass manufacturing process is the tempering furnace Mappi Ats 4.0 2500x5000
Avengers, James Bond and the Tottenham Stadium - Supertuff is super cool
Supertuff and LiSEC have been working together for 20 years now.
Webinar: Understanding Window, Door And Skylight Certification
The Understanding Window, Door & Skylight Certification webinar is designed to help architects and remodelers understand the benefits of window, door and skylight certification, and how certified products can enhance their projects.
The Big 5 postponed to September 12-15, 2021
The next edition of the event connecting the global construction community in Dubai is expected to boost the construction sector’s recovery efforts in the post-COVID-19 era.
Hegla Launches CTF Glass Tempering Furnace
HEGLA TaiFin has now expanded its expertise in the glass processing sector by launching the CTF Series of flat glass tempering furnaces.
Adelio Lattuada: Automation - Key Ally for the Recovery (CyberAL)
In this second NL the focus is on the CyberAL project