A window on the future 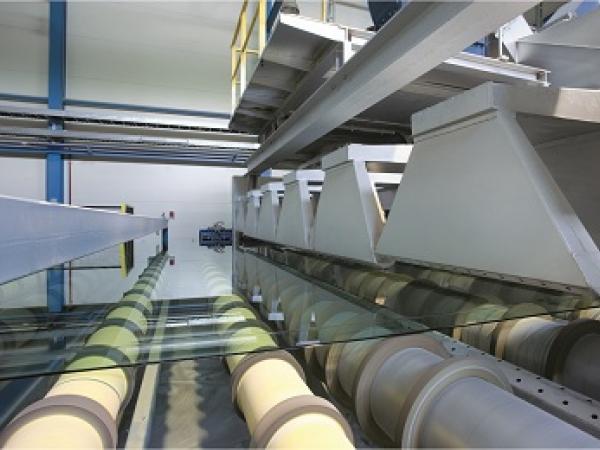 Photo source
Siemens AG
Glass has been serving mankind for 5,000 years already, but new advances in technology mean it could become the front line in the war against energy costs and carbon emissions.

The next step in intelligent glass

To date, smart glass has played a role in very specific applications across sectors including the construction and automotive ones. Europe’s ICE 3 high-speed trains, for example, use electrochromic glass panels between passenger compartments and drivers’ cabins.

Now, thanks to breakthrough scientific research, smart glass technology appears ready to transform the performance of the buildings we live and work in – as well as turn the dial on the enormous energy and carbon challenges we face.

Led by chemist Delia Milliron, researchers at the Berkeley National Laboratory in California have realized a critical new energy-saving dimension in smart window coatings, as published this month in ‘Nature’ science journal. In the words of lab scientist Howdy Goudey: “Smart windows have the potential to dramatically reduce the energy use associated with windows by adjusting to the optimal properties under all environmental conditions.”

The research breakthrough means it is possible for the first time to control near-infrared light (causing heat) and visible light independently of each other. Interaction between two highly conductive materials – nanocrystals of indium tin oxide and a glassy matrix of niobium oxide – leads to a much greater blocking effect than before. As Milliron puts it: “From a materials-design perspective, we’ve shown that you can combine very dissimilar materials to create new properties that are not accessible in a homogeneous single phase material.”

A small electrical range of 2.5 volts enables this chemical reaction, while the new glass retains 96% of its charge capacity even after being switched on and off over 2,000 times. As full commercialization waits on further optimization and stability improvements, the potential payoff for wide scale deployment is enormous.

The universal smart glass concept has the power to block 50% of heat and 70% of light. And with residential and commercial buildings accounting for 40% of energy consumption and 30% of energy-related carbon emissions in the US alone, advanced glass technology looks to play a key role in tomorrow’s sustainable infrastructures.

Integrating automation and power with a glass pioneer

For its part, Siemens shares 150 years in the glass industry, with groundbreaking inventions such as the regenerative furnace developed by Friedrich Siemens in 1856 still active principles in the sector. Glass is not only one of the oldest industries in the world, it’s also one of the most energy-intensive manufacturing disciplines.

Innovative technologies from Siemens – such as waste heat recovery solutions that generate up to 60% of plant requirements or plant-wide automation and power integration – help to transform energy and resource performance for glass manufacturers. We support advanced coating innovation in the flat glass segment, while also helping to re-invent building efficiency and comfort when it comes to urban environments.

Switchable windows that are dynamically flexible to time of day and season will become a core component of industrial glass innovation as well as intelligent urban infrastructures. We look forward to the transformational potential to come in this universal material.

600450
Lawrence Berkeley National Lab
A window on the future glassonweb.com

Innovative Facade Types – The Closed Cavity Facade
Numerous innovations have been seen in the last decades concerning new façade technologies. These were driven by new materials or new applications of known materials, such as glued-on wall structures (structural glazing) in the 60’s and 70’s.
A Window for Today
Windows have always been at the intersection of various technologies and architectural processes that evolved in parallel and often intertwined.
Different type smart glass introduction
There have several type smart glass, what is the difference for different type? How can you know that and choose right?
Skilled Trades go Digital at Glasstec
Presented below are some of the special challenges facing the skilled glass-processing trades: many products are becoming smarter.
Smart Glass is one theme at glasstec 2018
Glass is enhanced with added functions to form an integral part of the building network. We are still in the early stages of development.
Condensation inside. Condensation outside. What it all means...
Condensation is regarded as a problem associated with old and new windows. Commonly seen on the inside pane of glazing, new high performance sealed units and windows have resulted in condensation sometimes forming on the outside pane.